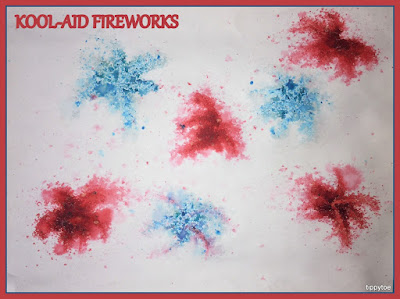 Here's a quick and fun craft for Independence Day. You'll need Kool-Aid, Q-tips, a spray bottle filled with water, and thick white paper. We used construction paper, but it curled when it got wet so card stock paper might be better. 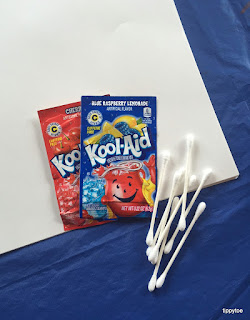 I chose red and blue Kool-Aid for the holiday, but any colors would look great. First you take pinches of Kool-Aid powder and drop them on your paper in small mounds. 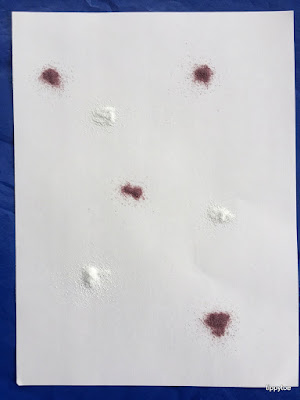 Then you use a Q-tip to spread the powder out into several small lines. 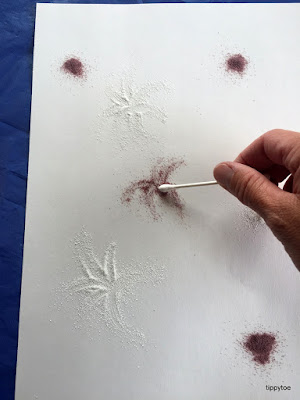 Just start in the center and pull it out. Add a slight curve to the line to make it resemble a firework bursting. Then spray your paper with water from about a foot or two away. The colors burst to life! (Pun intended.) 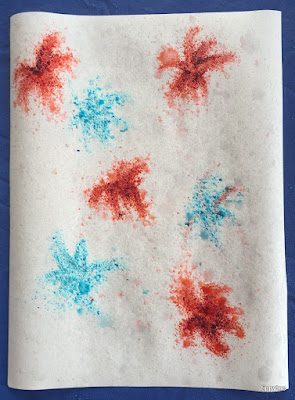 The more water you use, the more it will blend and dissolve so it's up to you how much you want to use. I don't like using a lot because the powder gives it some texture. I have a mixed age-group in my care so for the older ones (3 and 4 years), I told them to try to make the bursts. They did great! 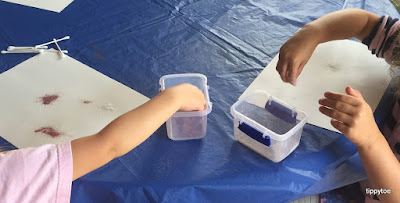 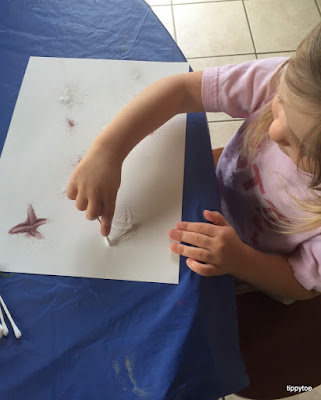 This was after one spray: 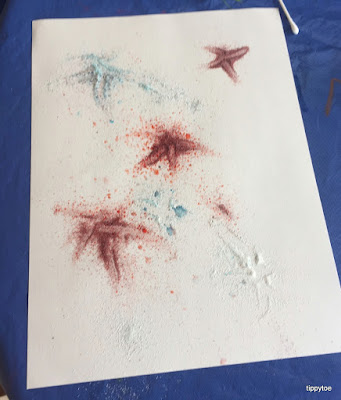 This was after two: 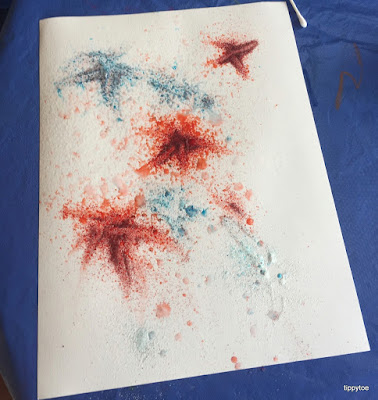 I ended up doing about four sprays, making sure all the powder got wet.
For the younger child (2 years old), I just let him sprinkle the Kool-Aid on his paper and then I sprayed it with water. Still cool! 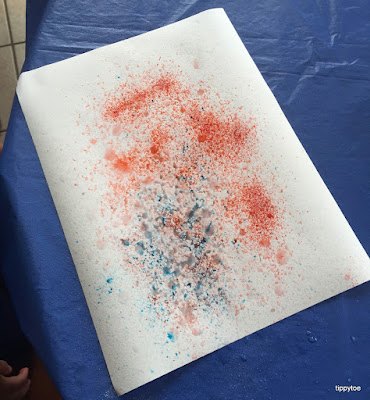 And it smells great! But it will stain the fingers, so keep that in mind. Because it's made with Kool-Aid and it's summer, this isn't a project you want to hold on to for long. It's sticky and ants will be sure to find it. So enjoy it for awhile and then toss. 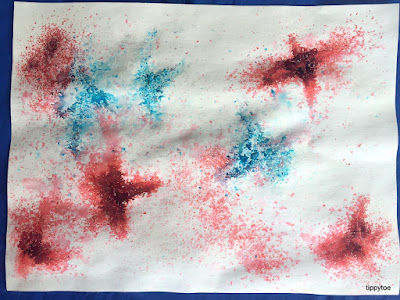 Here are some other projects we made with Kool-Aid!
Kool-Aid Art
Kool-Aid Rainbows
Posted by Betsy at 9:44 PM No comments:

The kids made Father's Day cards today and I wanted it to include a little craft. So first they used watercolors and painted the middle of a paper plate. (You don't have to use a plate, but I wanted something thicker than regular paper and the plates worked very well.) 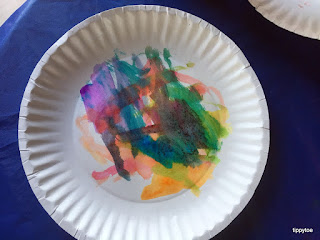 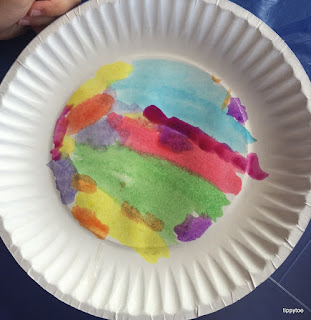 I think if I was still in my classroom with older kids (4 and 5 years), I would've had them pick three colors and paint stripes. But for these young kiddos, I just let them paint it however they wanted. When it was dry, I cut a popsicle shape out of it and taped a craft stick to the back. Now, they are pretty cute all on their own, 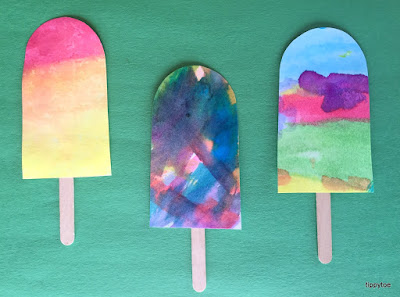 but I glued them to the front of a card and wrote, "You are one cool Pop!" 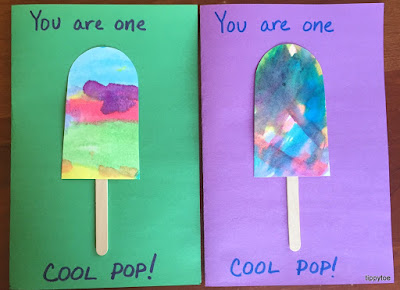 On the inside I wrote "Happy Father's Day" and the kids decorated it. 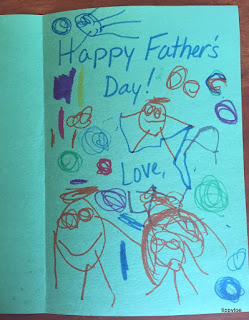 My daughter made a second one for her grandpa. She calls him Pop Pop and his birthday is in a couple weeks, so we made it as a birthday card. 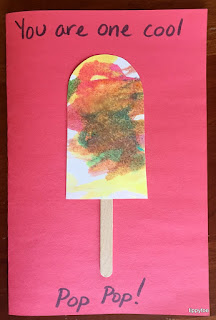 They turned out so cute and were very simple to make!
Posted by Betsy at 9:04 PM No comments: