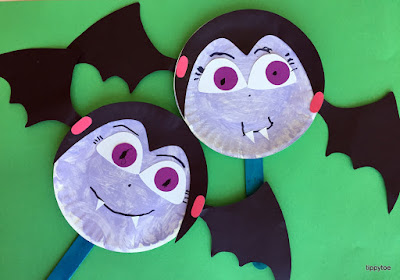 My daughter really likes Vampirina, a new show on the Disney Junior channel. So I quickly came up with a craft for her and a friend to make. We used a small paper plate for the face, painting it with a mix of white and purple paint with a touch of blue. When it was dry we added the facial features and hair. I cut out hair and bat-wing pigtails, as well as eyes, fangs and little pink pigtail holders. 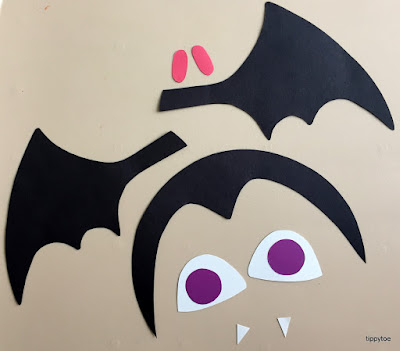 The kids used a glue stick to attach everything. The pigtails were glued onto the back of the paper plate and I later added tape to secure them even more. 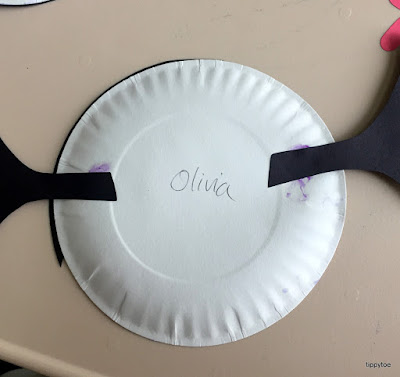 They used a black marker to make eyelashes, eyebrows, a nose and a mouth. 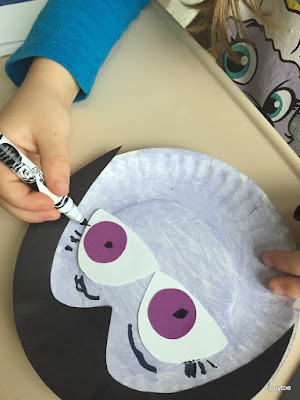 The pigtail holders were glued onto the hair, but I think it would look better if they were glued onto the actual pigtails. The reason I didn't have the kids do this was because I was planning on having the other side of the plate be a regular bat. (In the show, Vampirina can change from a little girl to a bat.) The pigtails would be the wings so I didn't want the pink holders to show on the other side. However, we never ended up doing that because the Vampirina craft already looked like a bat. 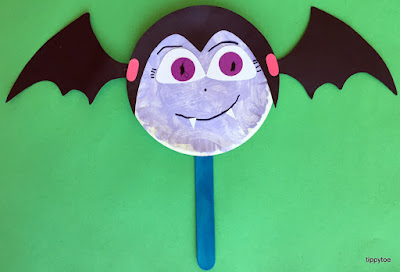 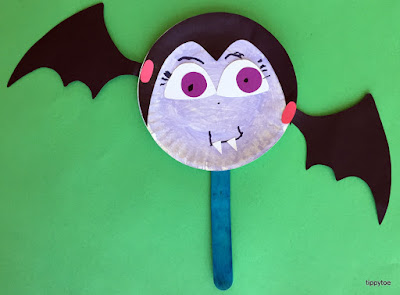 I added a large craft stick (from CraftProjectIdeas.com) so the girls could use them like puppets. The pigtails actually flap like wings when they play with it. It's quite cool! And for that reason I recommend using black card stock paper so the bat-wing pigtails are sturdy. They turned out so cute and the girls have been playing with them for days!
Posted by Betsy at 9:50 PM 4 comments: