It's been over two years since I've done a Young-at-Heart post. (You can blame motherhood for that one!) But I wanted to share what my family did for our parents' 50th wedding anniversary, which was last summer, by the way. (Yes, it's taken me a year to get this post out. Another thing for which you can blame motherhood!) I came across the site Dear Photograph, where people send in a picture of a picture, taken in the same spot but several years apart. I thought it would be fun to use the photo of my parents coming out of the church on their wedding day and take a picture of it in front of the church. Do you follow? Here it is: 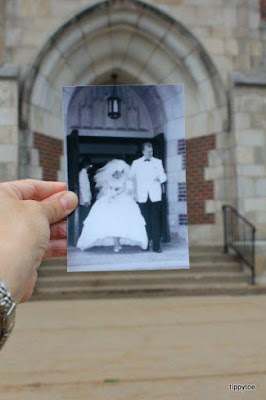 My sister Suzie and I live the closest to the city in which they got married so we made a couple trips down and tried our best to line up the picture to the real background. This was not an easy task! 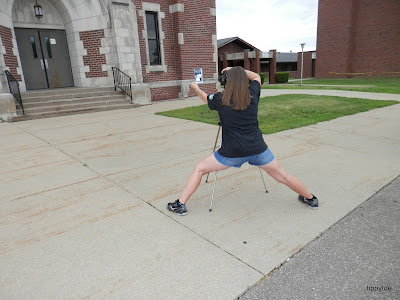 Suzie had the idea to do this for several pictures, not just of them coming out of the church. Unfortunately, we weren't able to get any pictures of the inside of the church because it is now a gymnasium. And the place where they had their reception is no longer there. But we did have a few pictures that were taken outside so we decided to use those. We actually had to drive around to look for things in the pictures or ask some locals if they recognized where the pictures were taken. 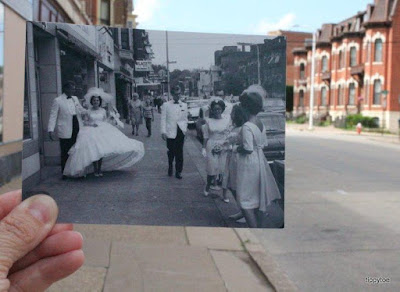 We could have found out easily if we had asked our parents, but we didn't want them getting suspicious! We picked our favorites and put them in a collage frame. 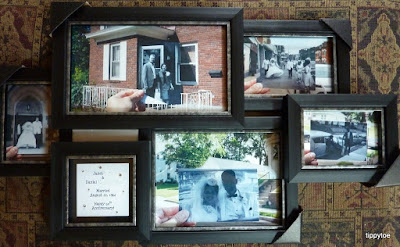 I originally wanted the church photo to be the main picture, but the 1964 photograph was slightly blurry so it didn't look that good as a 5x7. So we printed it smaller and put if off to the side. A few others we chose were of them in the back of the wedding car (we were able to find the same house that can be seen out the back of the car so we lined it up as best we could): 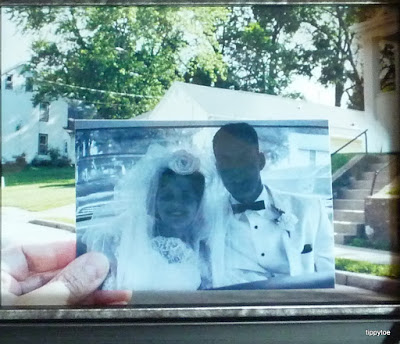 The two of them leaving a neighbor's house after changing out of their wedding attire: 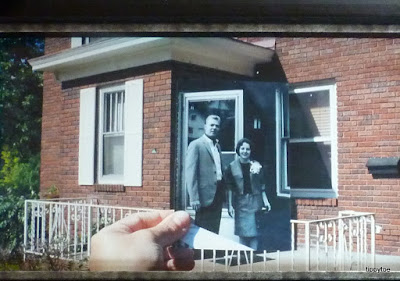 And them getting into the car to leave on their honeymoon: 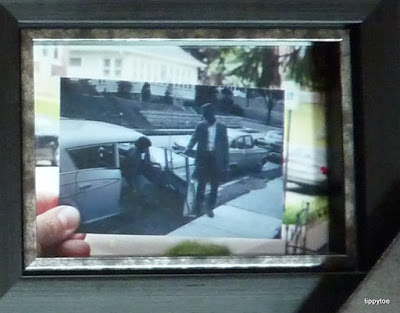 We also took pictures of other places in the city, like where they met, and put them on a big poster mixed in with old pictures of those places. 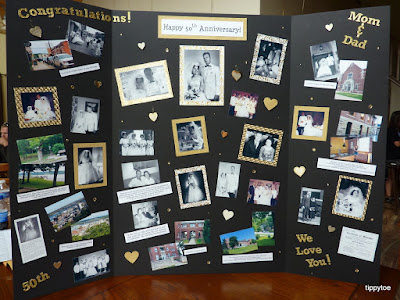 The entire family was able to get together in Wisconsin Dells so we could celebrate! Here are my parents with their 9 kids: 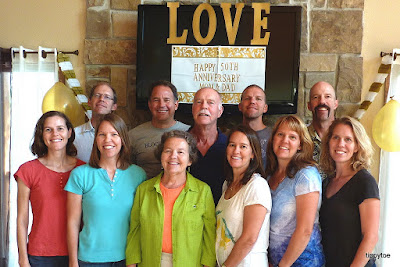 And with their grandchildren: 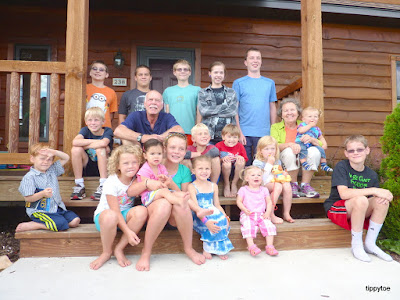 (That's my little Elise crying on the front step!)
And here is a picture of everyone (minus a couple in-laws who couldn't make the trip): 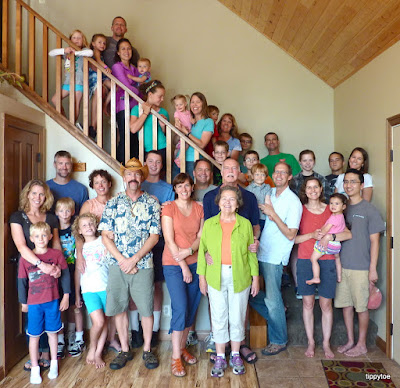 We rented a couple cabins for the week and had a wonderful time. I can't believe it's been a year already!