I'm so excited to be teaching about Polar animals this week! I've been waiting for this unit since I started working at my new center. I love teaching about any kind of animal, but polar ones are pretty much at the top of my list. Our first animal was the polar bear! 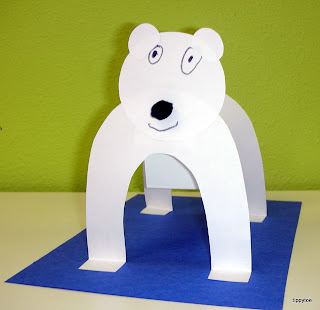 I saw this craft in an Oriental Trading magazine one year. It was made out of craft foam, but I thought it could easily be done with construction paper. I started by drawing two sets of legs. 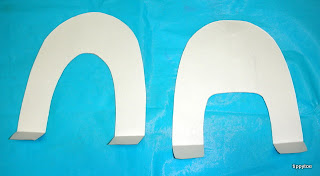 The back set is the wider one on the right. I also folded the bottoms of them to make feet. Then I cut out small circles for heads and tiny ears. The kids used a black marker to draw the eyes and mouth and we used glue dots to stick on a black pom pom for a nose. 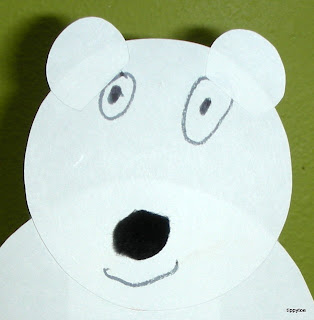 Then they glued the head to the front set of legs. We used another glue dot to stick on a white pom pom to the back set of legs for a tail. 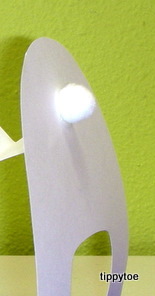 I cut a blue piece of construction paper in half and the kids glued down the feet of the polar bear, first the front set, then the back set about 4 or 5 inches away. 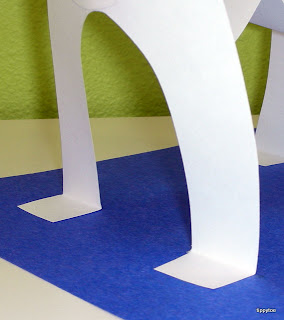 I used a piece of tape to attach an accordion-folded strip of white paper to both sets of legs. I'm sure glue would work as well. 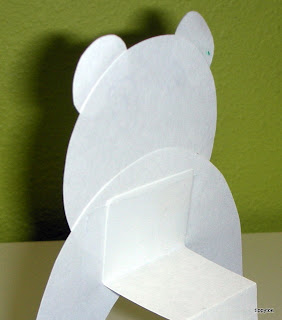 And then it stood up all by itself! 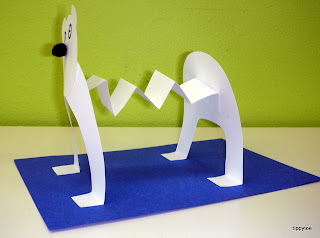 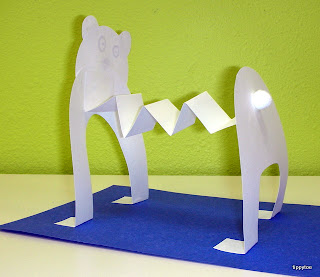 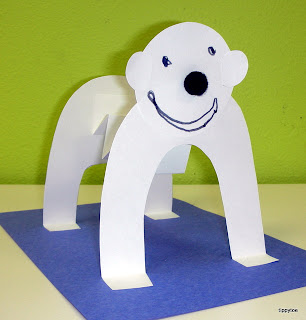 Fun Fact: A polar bear's fur may appear white, but it's actually transparent hollow tubes! They look white because they are reflecting the light. They trap the sun's heat and keep the bear warm.
Posted by Betsy at 8:51 PM

I'm the Editorial Assistant for Fun Family Crafts and I wanted to let you know that we have featured your polar bear! You can see it here:

If you have other kid-friendly craft tutorials, we'd love it if you would submit them. If you would like to display a featured button on your site, you can grab one from the right side bar of your post above. Thanks for a neat project idea! 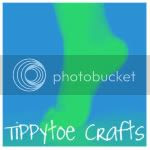