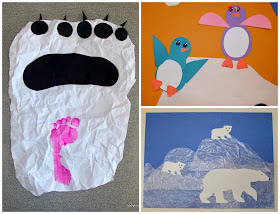 This past week my class studied polar animals. Since my crafts were mostly "reruns" that I tweaked a bit and ones I copied from other people, I thought I'd quickly show them all in one post. I will link back to my original posts if you would like further instructions.
I decided to add some color to our crafts this week. Some by choice, others not so much. First up is the penguin. I used this craft, but cut the body and flippers from all different colors of paper, just for fun. 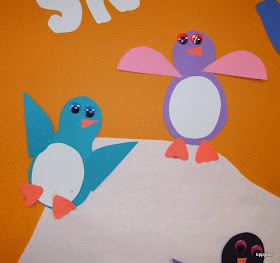 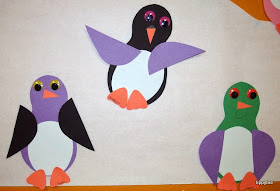 When we learned about polar bears, I used a craft I found at Mrs. Nessman's blog. I loved it! The kids used crumpled up waxed paper to make ice for their polar bears. They did all the tearing and crinkling and gluing themselves. I had already cut out the polar bears for them. They just added eyes and noses with a black marker. So cute! 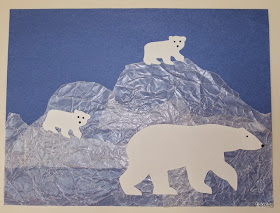 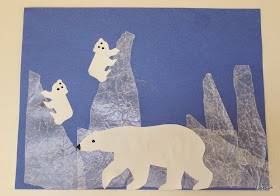 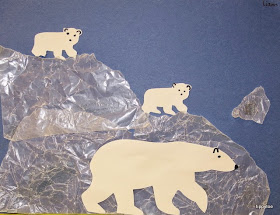 I think next time I might try having them watercolor the background before adding the waxed paper.
For our seal pup craft, I had planned on making the same craft we made last year, but I forgot my fake snowflakes at home. So instead I found colored sand and asked the kids if they would mind making colorful seal pups. Of course they loved the idea! So they painted with glue and sprinkled on the sand. 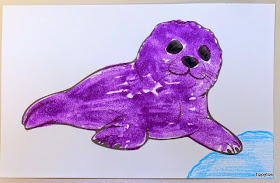 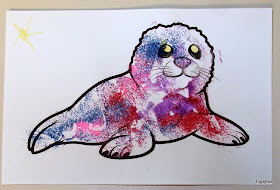 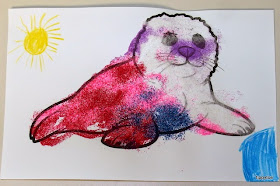 Then came the snowy owls. We used the same technique as our puffy paint owls, but we just used regular white paint instead of making puffy paint. The kids used little porcupine balls to stamp an owl shape on their paper. 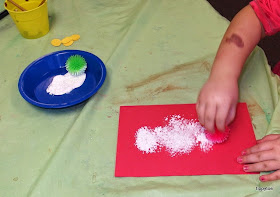 And then they added yellow eyes and brown beaks. I was low on blue paper, so we had colorful backgrounds instead. 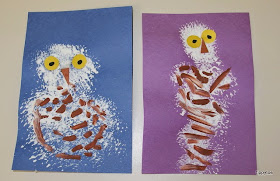 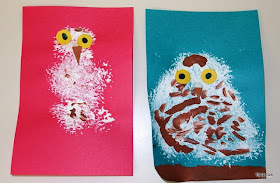 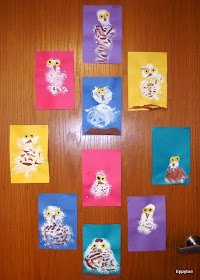 I love all the colors!
I added in one more polar bear craft that I found at Mrs. Payton's Precious Kindergarteners. We made huge polar bear paws! The average polar bear's paw is 12 inches across, so I got the biggest white paper I could find and drew a paw shape on it. Kind of like an oval, kind of like a rounded rectangle. The kids cut them out themselves. 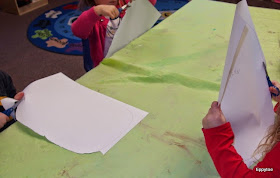 I cut the claws and paw pads out for them and they glued them on. 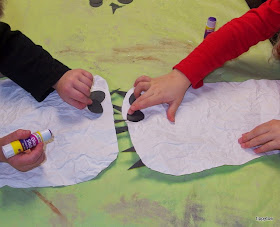 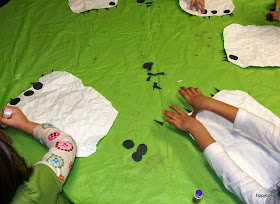 But I took this craft one step further and added their footprints! 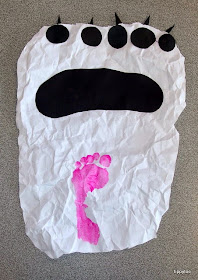 Then, similar to when we studied gorillas and we made our hand prints on top of a gorilla's hand print, I asked the kids what they would do if they ever met a polar bear. A friendly polar bear. I wrote their responses down and displayed it in the hallway. 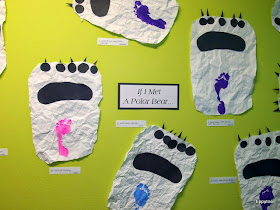 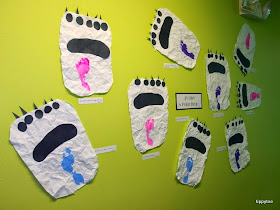 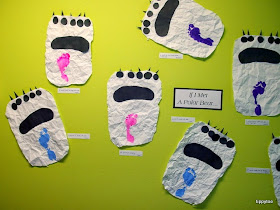 And all week long, the kids could play with polar animals in water beads! The clear is the ice, the blue is the water. 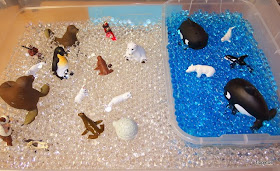 I hope you enjoyed my polar animals recap!

Thanks for taking the time to write! Every single comment makes me smile!